Violet Nightshade is a Goth who loves all things dark, spooky, and her flowers dead. She cares deeply for her sister Poppy, although she sometimes can't stand her perkiness and love for bright and cheerful flowers. Violet is one of the last five people left in your town when the new Essence Creator arrives. Violet is in a relationship with Lord Daniel of Cutopia. She is also the host of a mini-game in the town that hosts festivals. Violet works for MorcuCorp to run the new star racer out of Speedville. She is the new owner of the Boudreaux Mansion in the Bayou and also owns the flower shop in the town and owns a cat named Weather. She appears in MySims SkyHeroes as a member of SkyForce. 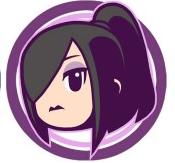 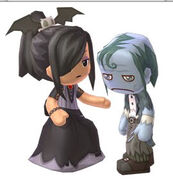 Violet's trophy in The Sims 4
Français
Community content is available under CC-BY-SA unless otherwise noted.
Advertisement