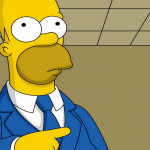 Hello! Welcome to my talk page! Here you can talk to me about anything that comes in mind to you. I may not respond to you so if you need help, you should ask Googledude, Pottahdude or Gold. Thank you and have a nice day.--I once thought science was just for geeks~Cmv (talk) 13:41, April 28, 2016 (UTC)

Don't worry, I was never going to promote you

Have a nice day.

A worth in the bush is bird hand in the two. Edit

Gizx9 Yeah I know. Where did you think i got this pic.

Thanks! Oh and can you  get me a fuul list of these:

The template to add these:

I meant the others but thanks!http://mysims.wikia.com/wiki/User_Gizx9/Teddy

Anyone can make suggestions for the main page polls and the images with them, but only admins or people who have received permission can edit the ones on the main page. However, if you want to make a poll about something else, such as voting for a show or asking people which oc they prefer or something like that is fine for anyone to do. Why were you wondering about this? Potterfan1997 (talk) 15:07, June 17, 2014 (UTC)

You've become a friend of another user!

You have become a friend of another user! Hurrah! A good friendship will need to be maintained by being nice to them often. Also try to avoid doing anything mean to them. Who knows, you may even grow to be their best friend and get a best friend reward, so keep being friends with them! You'll never know what'll happen!

Are you gonna stay the night?~ Edit

Hey Cmv, this is LoD. On MSF Character Battles, if you don't give a valid reason for why you voted NORI, the vote won't be accepted.

So that your reason is about NORI, and not TOBOR.

No and you spelled Champagne wrong on your word bubble. - Corey

No and you spelled Champagne wrong on your word bubble. - Google

This is how we do~ Edit

I meant a good prize

Something better than that

Hey, Corey here. I forgive for making that blog, honestly, someone must've wanted you to be embaressed. Can you please tell me who made it? I really want to know because I've never had something like that written for me before. - Corey

Hey what is your sims image called? I want it for my buddy list. -icscream

Hey, it's fine! I know you were trying to help. Images being placed in an article is no easy task. It happens. Just make sure to hit the 'preview' button before posting to make sure everything looks in order. :)

The girl is mine~ Edit

Sorry for the super late reply, I haven't been able to come online recently with school :L and your user page has now been reverted back to your latest edit and the users that vandalised your page have both now been blocked :)

Retrieved from "https://mysims.fandom.com/wiki/User_talk:SpongeBobfan1258?oldid=660943"
Community content is available under CC-BY-SA unless otherwise noted.