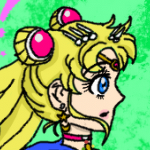 I'M SORRY I HAD TO

Welcome to my talk page (or past talk pages), and thank you for leaving a message (if the page says Talk Storage, don't leave a message there)! Word.

Talk_Storage_001 is a great first stop, because...

Please sign in every time you do stuff, because only YOU can prevent wildfires. And AU's can't! Moo-hahahahahaha!

I'm really happy to have you here.

It must be hard, getting all those free donuts.... Edit

Hi, friend. I HAVE ARRIVED. And Hi....Thanks for teh compliment. I'm not that interesting, but I like Adam Lambert :3

Hopray for being socially awkward! And you have a Neoseeker? Or are you just simply stalking me?

Adam was on Season 8 I believe... I think he only lost because he was gay and he had red hair. :B

I have never gotten interested in Anime. I like Total Drama Island and the rest of the series. :3

Woah, never thought about those shows. I love MAD and Regular Show... Gumball don't come on as much.

And I have the same problem with TDROTI (Total Drama Revenge of the Island). It's (obviously) a Canadian cartoon, with Teletoon and all that. It's already aired in Canada, like, a month and a half ago and us Americans are getting impatient. Thank God for Youtube though. That's how we're all keeping up with the series as it airs in Canada. >.> They're not as stupid as I thought.

Soon they shall realize how important Americans are and that we have a powerful army, guns, and our own type of cheese. HAHA.

Of course. :3 There's a rubric you needs to follow so I know what you need on my user page. Just, like copy and paste it or whatever you wanna do.

Money doesn't grow on trees, it grows on bushes.Edit

Haha yeah, I was going to be on for a litlle but it was being weird so I just exited. Sorry about that XD ~ Sugardapuppy

I JUST CAME TO SAY...HELLOOOOO! Edit

Whatever, i just dont want any liver! Edit

About the Agents Icon Edit

Gracias! Also, THAT WAS YOU? OMG!Edit

You've become a friend of another user!

You have become a friend of another user! Hurrah! A good friendship will need to be maintained by being nice to them often. Also try to avoid doing anything mean to them. Who knows, you may even grow to be their best friend and get a best friend reward, so keep being friends with them! You'll never know what'll happen!

Hi I'm ConnaBuilder. Do you think you could make my wiki an atlffate of this wiki? Here's a pic for it

My Wiki is called ConnaCream Wiki.

What if I don't wanna "add the section/headline"? Edit

I missed you! Edit

World Is Mine Edit

Indeed I have.(The ending was sad)

I Already Have a Silver Star Edit

I hear the birds and the summer breeze, I drive fast~Edit

Retrieved from "https://mysims.fandom.com/wiki/User_talk:Limited2gal?oldid=660920"
Community content is available under CC-BY-SA unless otherwise noted.