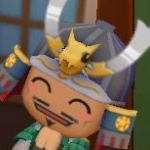 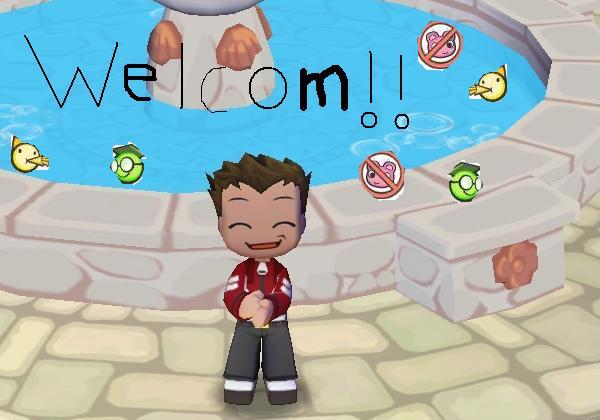 Hello! This is my userpage all about MySims!

I'm TimmyBarela! You can call me Timmy, though. If you call me TimmyBarela, thats fine with me.I like to play video games, but I like reading, to. I like to go to sports games, and I hate it when girls do that stupid "awww..." thats very annoying. My favorite video games is MySims and Mario.

These are the Interests I Say that I like.

These are the sims that I hate. I hate them because they are rude, annoying, etc.

These are my favorite Essences

Here are the games I own. As you can see, I almost have all of the MySims games.

Favorite Pilot: Anybody I don't mind playing as

Back in 2009, I just got my DS, with Mario Kart. But then I got another DS game. I found MySims Racing (DS)! At first, I did not like it so much, because of playing as only your sim, but I slowley gained some interest in it. This was te start of my MySims collecting.

A year or so later, I saw MySims Sky Heroes at a store. I told about it to everyone, and so for my birthday or something, I got it. Well, it was okay, but I like it more now.

Then, I got my Wii for my birthday, so for Christmas that same year, I got MySims Collection for the Wii! So really, I got MySims (Wii) and MySims Racing (Wii) at the same time, and I got it for the MySims Racing. The fun of MySims Racing lasted for a little while, but I got bored with it  and tried out MySims I liked that game and I still play it now, well on a different Wii. Sadly, my Wii does not work any more untill I bring it in for repair.

But at least I have another Wii to play in the mean time!

After that, I went to a store and bought MySims (DS), MySims Kingdom (Wii), MySims Party (Wii) and MySims Sky Heroes (Wii). I played MySims (DS) first, but I did not like it. Then I tried MySims Kingdom and I liked it. I liked how it was similiar to MySims (Wii), that you can run around and meet new and old sims.

The next day, I tried MySims Party, I liked it, but I did not like the thing that other teams got known sims and I only got two known sims with a buch of unknown sims. I did some festivals and found out you had to WIN more known sims. Then I liked the game even more.

Months later, I tried MySims Sky Heroes, and I liked it more then the DS game. I liked that you got to choose your character, not just play as your sim all the time, you do not have to do Story Mode if you want to play, and it has more action!

Then the next year, I was on the internet (no, not MySims Wiki) looking up images of MySims Agents (Wii). I wanted it. And I got it for Christmas. I played it and the graphics are like MySims Kingdom! Even though the ending was AWFULL, I play it now and enjoy it.

Then, a month or so later, I got MySims Agents (DS). I played it and liked it. I liked it that you have a usefull sidekick, Joshua, not a useless sidekick like I got on the Wii version. It was the first MySims DS game that I liked for a long time!

Later, I found MySims Kingdom (DS). Well it wasent that great of a game, but better then the first MySims gae for the DS. Maybe.

A few days later, I found MySims Party (DS) I liked that one. You got more known starting sims then you do on he Wii, which was good. But the first festivals was HARD. You only get to have one sim per team. But the last ones was easy! Weird that the first ones was harder right?

A few months later, I found MySims (PC). It is the last MySims game I found. I like it how you get to meet new Sims, find new Essences, etc.. It was to late to go online, which is shame, but it looked FUN! Now, I play it to have fun, and my sim even has Interests!! Oh my gosh, there is not a single sim that loves Cute in my town!! Wait, Terry Toymender lives in my town!

A few days later, I found this Wiki, MySims Wiki. I knew that I knew a LOT about MySims, so I joined as a AU, but it turns out I was annoying everyone.

But I still had a good time!

Then, at the start of April, I created a account and I'm now a normal user of this Wiki! I'm seen on a few other Wiki's, to, like MySims Fanon Wiki.

This is the end of my MySims History, so I hope you enjoyed reading it!

Hey, MySims Wiki Users! Wan't a userbox that you don't see on the MySims Wiki Userboxes page and you don't know how to make Userboxes? Ask me! I will make the Userbox you wan't and post it on the Userbox page for everyone to use! You will need to have the thing you want the Userbox to be like, the picture type, the color type, and the the text for the Userbox. If you don't say any of these things, I will ask you what you want the missing thing to be. This means you can't say like, "I want a Fred Fan Userbox". I won't know what the picture I would use, the colors, ot the text to be. So make sure to tell me what you want. When I'm done with the Userbox, I will show it to you and if you don't like something about it, tell me and I will fix it for you till I made exatly what you want. So ask me when ever you want a new Userbox!

, to me, the closet to a good regular smiley

, perfect for when something is annoying!

Okay, lets put some funny ones on here.

Mmph! It is good to have a little humor, right?

This is a comic I made right from the game! Hope you think it is funny!

I'm thinking of going to the moon!

That crash hurt badly!
Add a photo to this gallery

There's something odd about this picture...

My sim is angry because he heard he can't eat pizza in MySims Agents! 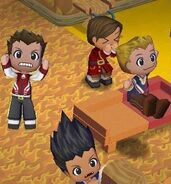 Timmy does not like having guests so much at his house. He would rather be out!
Add a photo to this gallery

Retrieved from "https://mysims.fandom.com/wiki/User:TimmyBarela?oldid=619984"
Community content is available under CC-BY-SA unless otherwise noted.