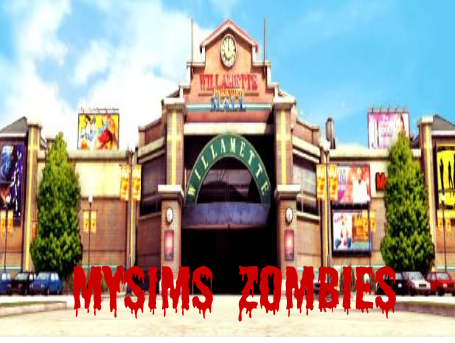 What happens when all life stops living? The dead sweep the Earth and take over. The start, the small town of Willamette, Ohio. The plague soon shows to be a struggle of life and death as numerous survivors trapped inside must find there way out. It starts now. To view a list of the current status of characters as well as their key information, click here.

Tobor looked around the security bunker. Humans made him sick. They had showed little to no remorse to Makoto's destruction and it angered him beyond anything. He wanted to find the man that shot his cousin.

"Yes. Have you found the files on the three people yet?"

"I've been trying my hardest, but I can't seem to find them in the American database. I'm checking foreign files as we speak."

Tobor sighed. "Alright..." He suddenly felt a tap on his shoulder. Alexa.

The scientist pulled him aside and spoke.

"I have discovered the problem. You see, Makoto's memory chamber has been compromised. The chip is damaged. It is reparable, however it will take quite some time."

Tobor just sighed again and walked to his cousin's room. He patted her head. "We will find the man who did this cousin. And we will destroy him."

"Guys?" Jenny spoke from her set up. Walker, Rosalyn, and the troops stood behind her.

"It turns out these criminals we're chasing. They aren't American. They're Russian. All in their twenties known for major crimes. Murder, theft, conspiracy."

"What illegal activities would they have here?" Rosalyn inquired.

"Kidnapping," Derek grumbled as Selena patted his back.

"The man with blue hair. His name is Raphael Vermont. The woman is Svetlana Shlovik and according to her file, she is lethal. And finally the man you encountered in the movie theater, Dragomir Krav, he is the worst of them all. He's wanted for execution."

"Looks like we have an interesting bunch," Rosalyn sighed.

"Things are getting dangerous out there. I don't want you guys in total danger. Maybe I should request more experienced troops," Walker frowned.

"Are you kiddin' me? You see what we been doin' out there?!" Finn asked.

The investigator was only staring at one of the monitors. Everyone looked up. Rosalyn gasped. "How are they?"

"Morcubus. Esma. Brandi. They are pure trouble." Walker spoke as the three were by the entrance of the mall.

Retrieved from "https://mysims.fandom.com/wiki/User:Skull26374/MySims_Zombies?oldid=603338"
Community content is available under CC-BY-SA unless otherwise noted.