Gabriel, better known as Ol' Gabby, is an old blacksmith, as well as a mechanic and owns a racing school in Speedville. In MySims Agents, he owns a scrap dump in the Industrial District, which is watched over by his watchdog Grit and where he often argues with Barney Cull. Gabby is working with SkyForce in MySims SkyHeroes as a mechanic. 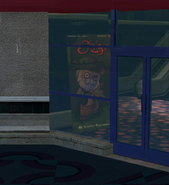 Ol' Gabby's home and blacksmith.
Add a photo to this gallery
Retrieved from "https://mysims.fandom.com/wiki/Ol%27_Gabby?oldid=664379"
Community content is available under CC-BY-SA unless otherwise noted.