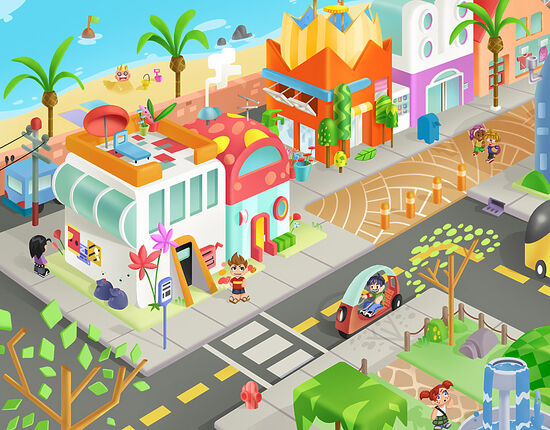 As MySims SkyHeroes was nearing completion in the Fall of 2010, the MySims team began to work on an all-new MySims game. It was going to be much more simulation oriented, like The Sims 3, and feature much more customization options. The game was called MySims Friends and was planned to appear for the first time on Nintendo 3DS. It was developed by Behaviour Interactive, the developers behind MySims Racing and MySims SkyHeroes.

The game was also planned to have a much "brighter" theme, which is a drastic change from the somewhat darker or more serious MySims games such as MySims Agents and MySims SkyHeroes. It also used Streetpass and other Nintendo connectivity which was essentially an online only game. It was shelved from production later that year because Electronic Arts decided to move The Sims series in a different direction and the entire MySims series was not part of that direction.

The MySims team was dispersed into other Sim teams behind games such as The Sims Medieval and The Sims 3: Showtime. There were various concept images released by former concept artist Xavier Garcia regarding the game.

"A big part of what was going to be the new MySims game was that you could customize your environments, so here I was exploring how you could take a basic house and each version was a different flavor. So we had the default, goth, sporty, futuristic, cute, tasty, nature and fancy."

"This is a visual target for a MySims project I was involved with a few years ago. The project has been scrapped since."

"We were experimenting with a Ninja village setting and still looking for a visual style."

"Here is an in-depth look at how the exploration went." 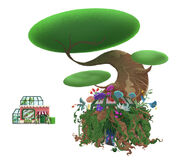 "You can see how you can customize one house to have several different flavors, what kind of different houses you can have and how you can overhaul the shops."
Community content is available under CC-BY-SA unless otherwise noted.
Advertisement