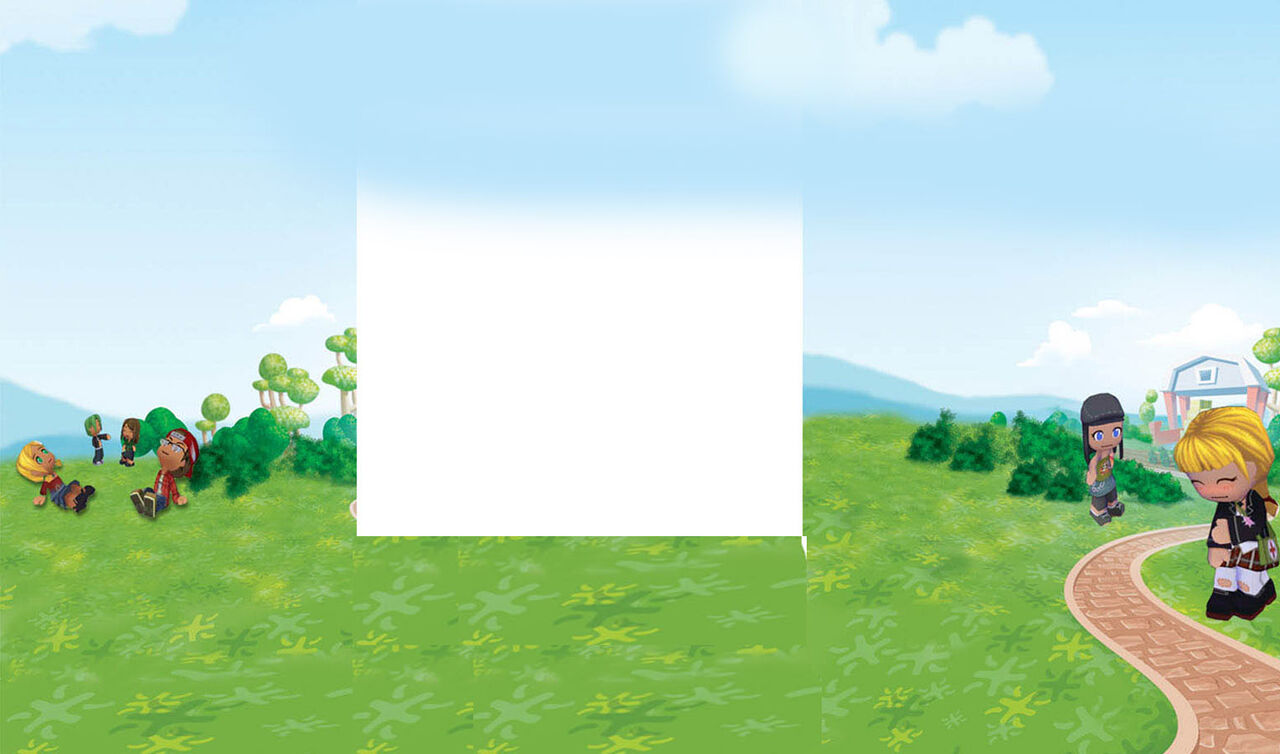 What's on your mind?

Hey, I found out that there's a MySims Agents Flash site... and another. There's one on Flashpoint and one on http://skelux.net/flash/mysimsagents/ which I am focusing on in this post.

Now, in Case 4, you need a 4 digit code from a trailer that is on the MySims Agents MySpace page (that you get from the MySims series Twitter) and the actual flash site. However, I tried to run it yesterday and it didn't work on either and when I went to the MySims Agents MySpace page today, the trailer is no longer there. Then, while writing this to get links, it randomly came back. (link to trailer on MySpace - https://myspace.com/mysimsagents/video/mysims-agents/60819949). Also, the random codes I have tried so far hasn't worked. So I am asking these things of the community, they don't have to be done but I would be happy if they were done:

Also, if the code DOES get found and we get a walkthrough for the Skelux Flash version, it's speedrun time!

Oops, I entirely forgot about introducing myself on here, silly me. ^^;

I'm Dakota, I've been looming about around here for years, but at the same time, was extremely shy of talking to anyone, so yeah, hi all! I'd love to get to know more MySims friends on here and or maybe reconnect with a couple of people here in the wiki and community as a whole. :) But yeah, pardon if I sound shy, I get quite nervous talking in public spots like this, lol. ^^;

But apart from that, awesome to finally introduce myself on here after years later and eventually get to meet you all!

Take care and have an safe day! ^^ 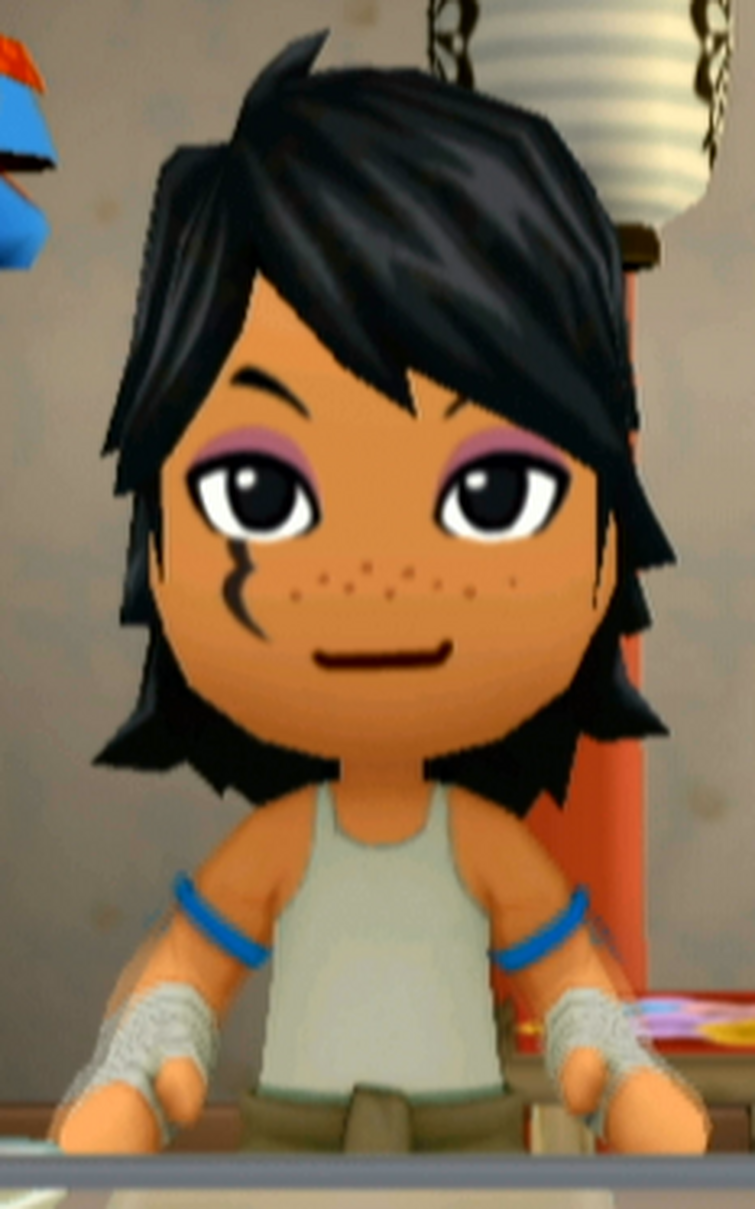 Hey there, I've been hanging around here for a long while and I've been a huge fan of the MySims franchise for almost a decade and I wanted to make more friends on here and I heard that there's a discord server for this wiki, seriously sorry for asking this, but is there anyone I need to talk to about joining the server? ^^;

Hello! I was wondering if anyone knew where the MySims saves were located on the pc? I wanted to back up my save, but I have no clue where it is.

I have the disc not the origin version.

I just installed mysims into my pc and everything runs great, except for one thing, the heads of the sims and the items they are holding appears to be pitch black 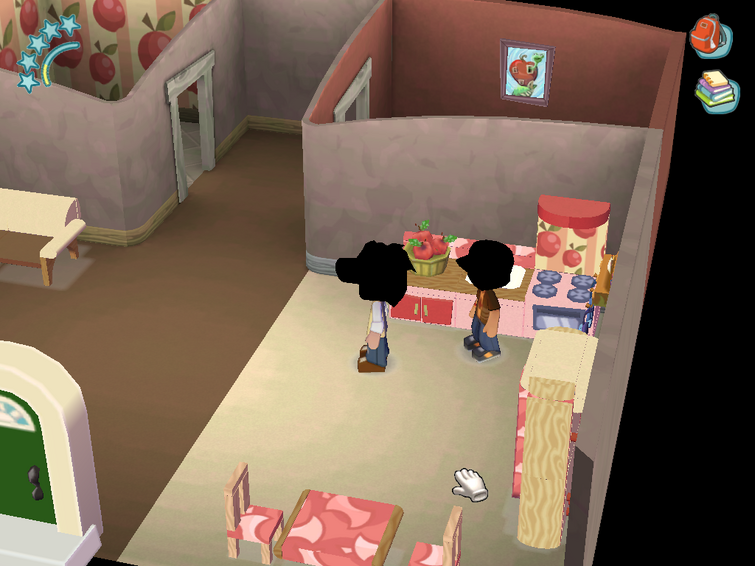 (pretty much how it happens in this video https://www.youtube.com/watch?v=9NBkWHPaaN8) 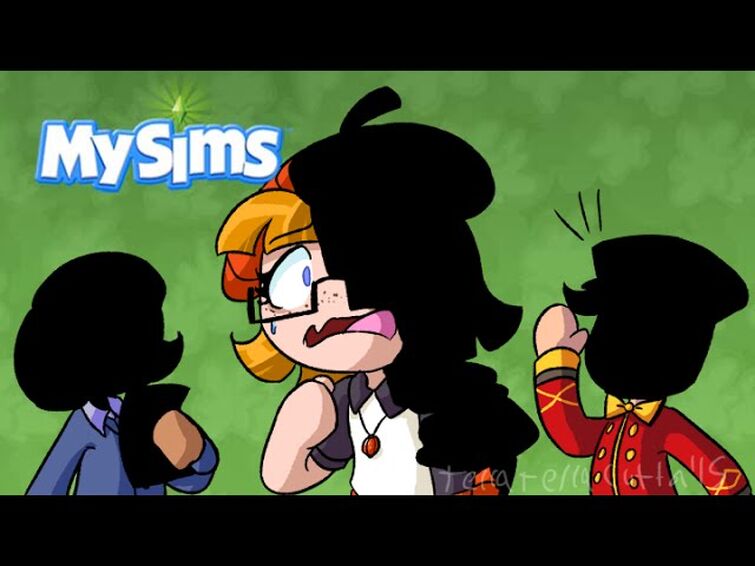 MySims PC Bugs - I Have No Face and I Must ScreamYouTube

I haven't found any answer, and btw i'm not using a Mac

Do you guys know where I can get the leafs, bubbles, and circle thing

This is the ds version

Recently I'm having fun unlocking decoratives that can't be obtained by normal gameplay. And I found some of unused decoratives!

Supposed to be in hotel. It is tiny but isn't it neat? 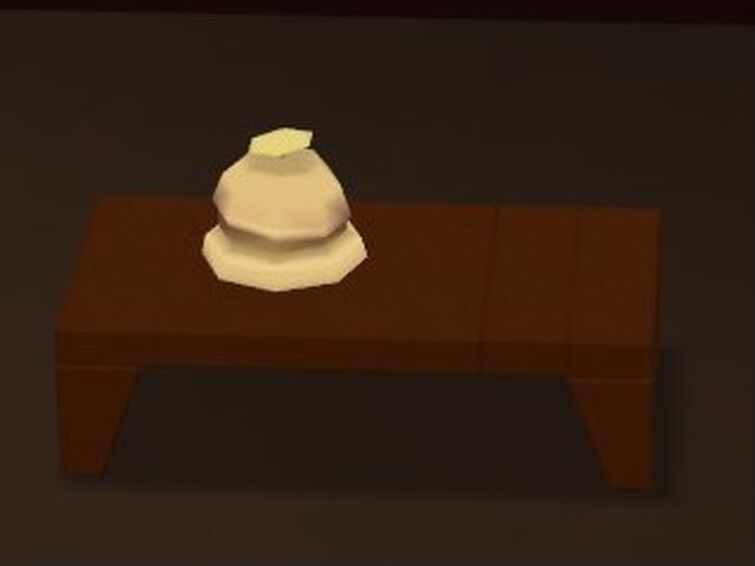 This is kind of an odd one, it was made for the disco, but script indicates it was supposed to be in Daryl's decorative section. Under the stage you can see some of the dance floor tiles, looks really unfinished.

You really can't control where to put this object, and change heights every time you put.

Because you can't place it on the flooe, you are not able to be on the stage.

Also this object have fun moodlet. 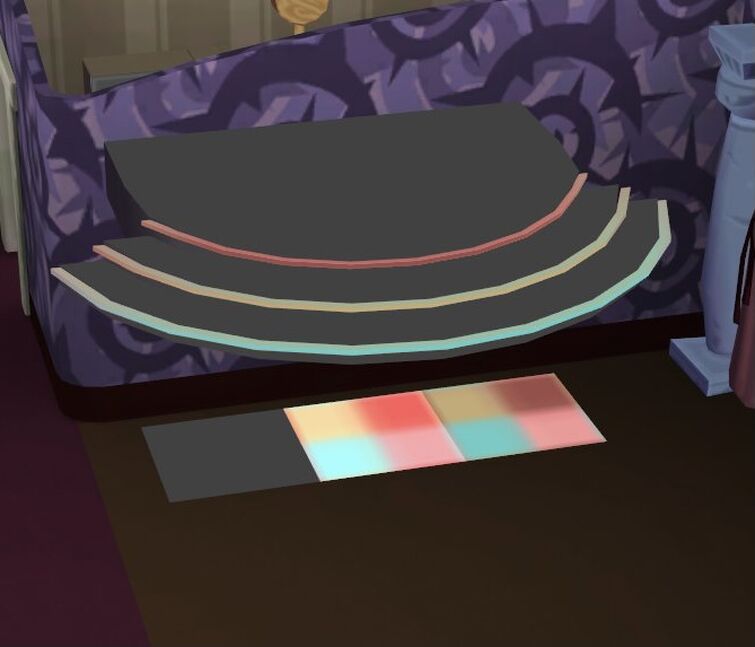 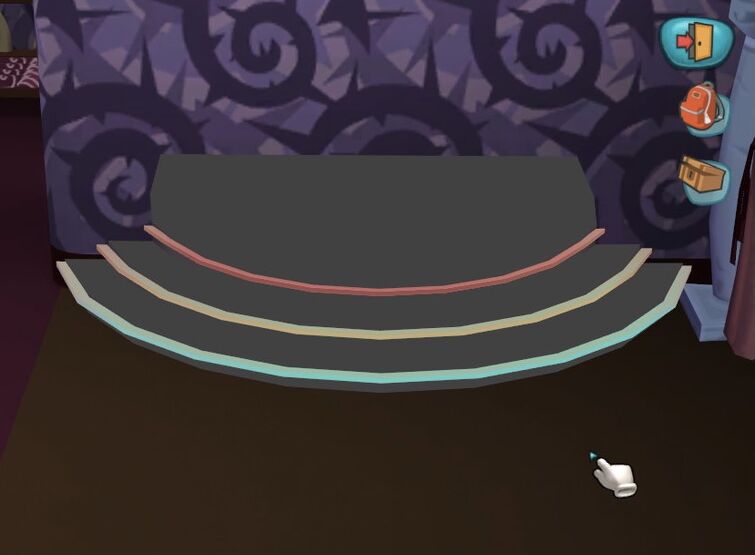 Another weird one. It's a trout. That's it.

You can only place this on the wall, but it's placed really low almost like directly on the floor. 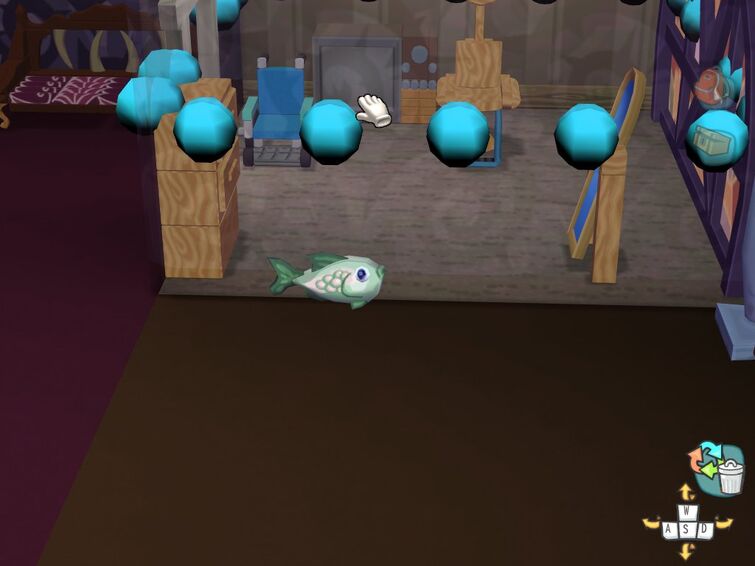 These are really cool! Supposed to be in boutique. I wonder why they didn't use in final game. Mirror is supposed to be wall object but only can be placed on the floor, and it floats there. 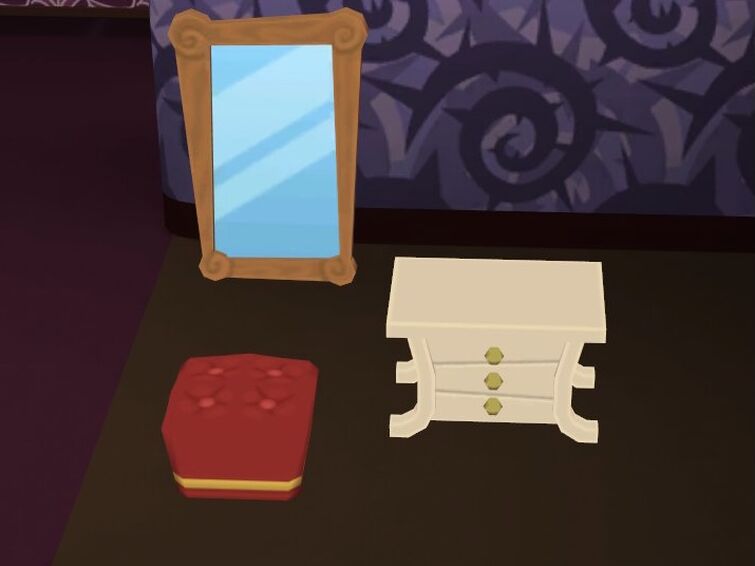 This one is the coolest thing I've found! A spooky canopy! This one was made for Goth Boy's haunted house. You can walk through it but unfortunately you can't place any furnitures inside. Also it has spooky moodlet. 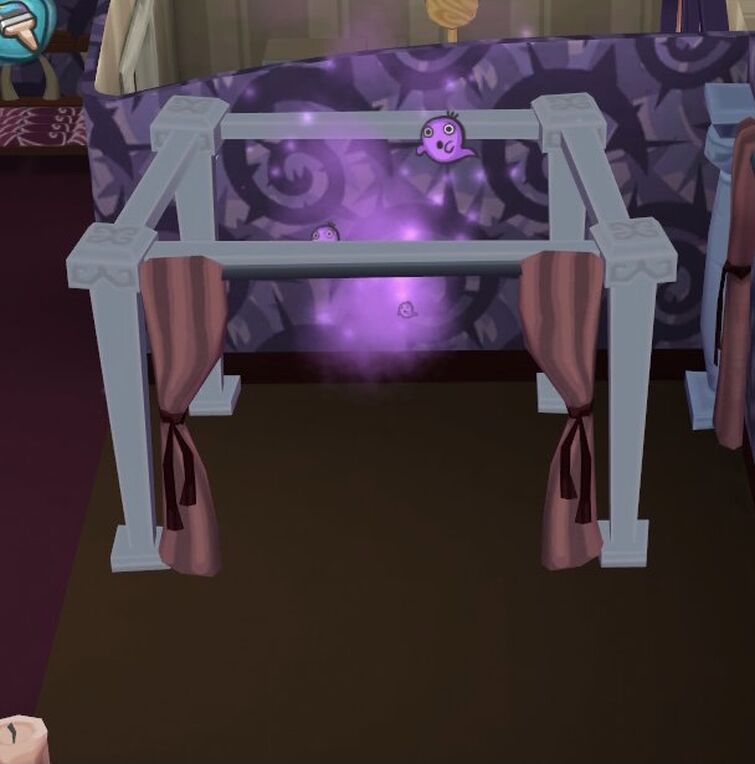 That's all I found. Maybe I missed others, I'll post when I find any.

Btw I was trying to unlock Goth Boy's house wondow decorative but I really can't find it. Let me know if you can tell the name of the file.

Just found this place, it's full of childhood memories of mine :)

How is everyone here? Is this an active community?

So I wanted to try this awesome mod

But unfortunately the link is not working anymore, can anyone know the wroking code for this mod, or perhaps anyone can ask them directly?

I've seen a couple of people talking about the prospect of a Discord server on here, so I decided to take the initiative and make one myself!

So here's my plan to make the wiki great again.

2.Get an active community.

4.Find out what to do with the inactive admins.

So recently I'm making archives of MySims dialogue in my language. And I have been struggled with "request for my stuff" dialogue. More specifically, Violet's one. Is there any trigger to happen this dialogue? Does it happen only in some specific situation? I got Patrick's and Poppy's after gave them items, but it didn't work for violet.

Going to start my own thread in hopes I can play this. I'm using W10 and tge origin version of the game. Installs perfectly and the game runs fine until I hit character creation. From there, my cursor disappears after clicking okay on the tip prompts and im stuck spinning my sim around. I tried looking here and Google but couldn't find a lot. Ive disabled all overlays such as origin and discord, but nothing

I just wante to replay a childhood game dammit.

Anybody have a solution?

Is there any MOD that can unlock all of decoratives? There are so many fun items and that's a shame we can use limited ones. Is there something like that?

i am getting MySims on the wii and i am so exited! :)

Hello I hope someone can gelp me. When I pass through the tuturial twice already I tried to save my game but I get this fault: SpecificSaveError and he don't want to save my game what results I have to restart everytime. Does have anyone any idea how to solve it?

First of all i want to apologize, because english is not my first language so im sorry if there will be some grammar mistakes! Im trying my best.

But since last year mysims stopped working and since this year mysimskingdom stopped working. Other games on my wii still work (mario kart, wii party etc) my wii says: 'cant read the disc' or something like that.

I think it is weird because it is only with mysims. All of the other games are still working.

Can someone help me ?

(edited by A Fandom user)
Guidelines